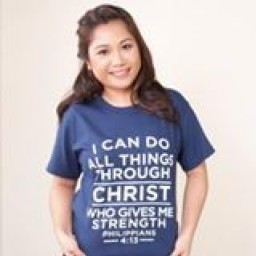 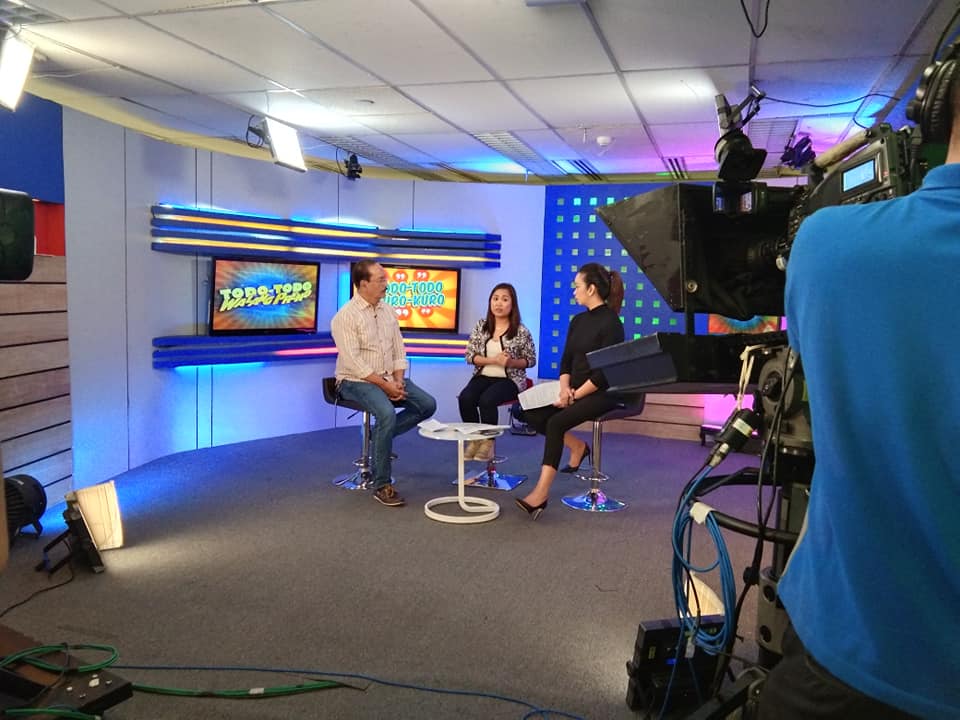 Warning: Do Not Join ​Medyo Sikat Mastery Without Reading this Review First!

​[NOTE: I got something for you near the end of this ​post so don't miss it]

​Note:  Watch my review about one of coach Jon's program. ​By watching this video you'll get some idea on what VALUE he can provide for you.

Hi, my name is Marife Rosas.

I’ve been blessed to be featured in the Philippine Inquirer, ABS-CBN, and DZMM. I was also invited to seminars and events to speak about entrepreneurship and business.

For the past 2 years, I’ve been making money online. Living the “laptop lifestyle” many people dream of.

I’m also able to help my mom with their bills. Even assist my siblings financially with school and above all, support my ministry.

But many people don't know that I didn’t graduate college.

Not particularly talented (you could probably write this post better than I did).

I remember there was even a time that I was eating chicharon for lunch, and another chicharon for dinner, tapos Kape-kape lang sa umaga.

But God is great, I'm thankful to Him because He allowed me to get out of this super cholesterol life 😉

And last year, thankfully, I made my first million without having to do the whole 9 to 5.

So, how did I go from a chicharon fan undergrad to being able to have more time to do things that I love to do while making a good amount of income that is more than enough to support my family and ministry?

And more importantly, why should you read what I have to say next?

I became an Online Coach.

And it's true. Coaches has their own coach as well, and for me, one of my favorite coach​ that I'm really thankful for na dumating sa buhay ko ay si Coach Jon Orana.

​He opened my eyes for opportunities in coaching and I truly believe na pwede kadin nyang matulungan.

Jon is a Filipino based in Canada. Before he becomes an entrepreneur, he is working in a corporate world like many Filipinos.

He tried many different businesses before but it didn’t work well until a friend introduced him to “internet business”.

In 2008, He wanted to sell eBooks online but his struggle is, “He is not a writer”, so he made a simple research and found that there were no collection of Bible Verses according to topics during his time.

He created his first eBook by copying King James of the Bible, which has no copyright and arranged it by topics like For Family, Love life, Finances, Health, Spiritual, etc.

He launched the eBook and he was surprised that someone bought the eBook for USD 17! He made around USD 200 that one morning in August.

That’s when he created other digital products and launched his coaching business. Few of the Successful courses that he launched which made Millions in sales are “Blog Academy” and “Money Tree System”.

To this day, Jon Orana has sold over Php 46 Million of digital products online.

He is Living a Life of “Freedom”.

Meaning, he can go to the gym, take a vacation with his loved ones, sleep, play basketball, anytime he wanted to.

His friends became curious with what his doing because they noticed that he has this kind of “Freedom” that most of them don’t have.

He first started his coaching career helping the foreigners until he finally decided to “Give back”and share the blessings that he had to his “Kababayan”, meaning tayo ‘yun, mga Pinoy!

He has been interviewed on national TV to give tips on how to start a business from home using the computer and the internet.

one or twice a year in the Philippines to help other Filipinos start their own business selling digital products. 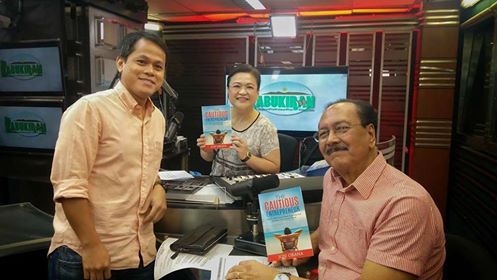 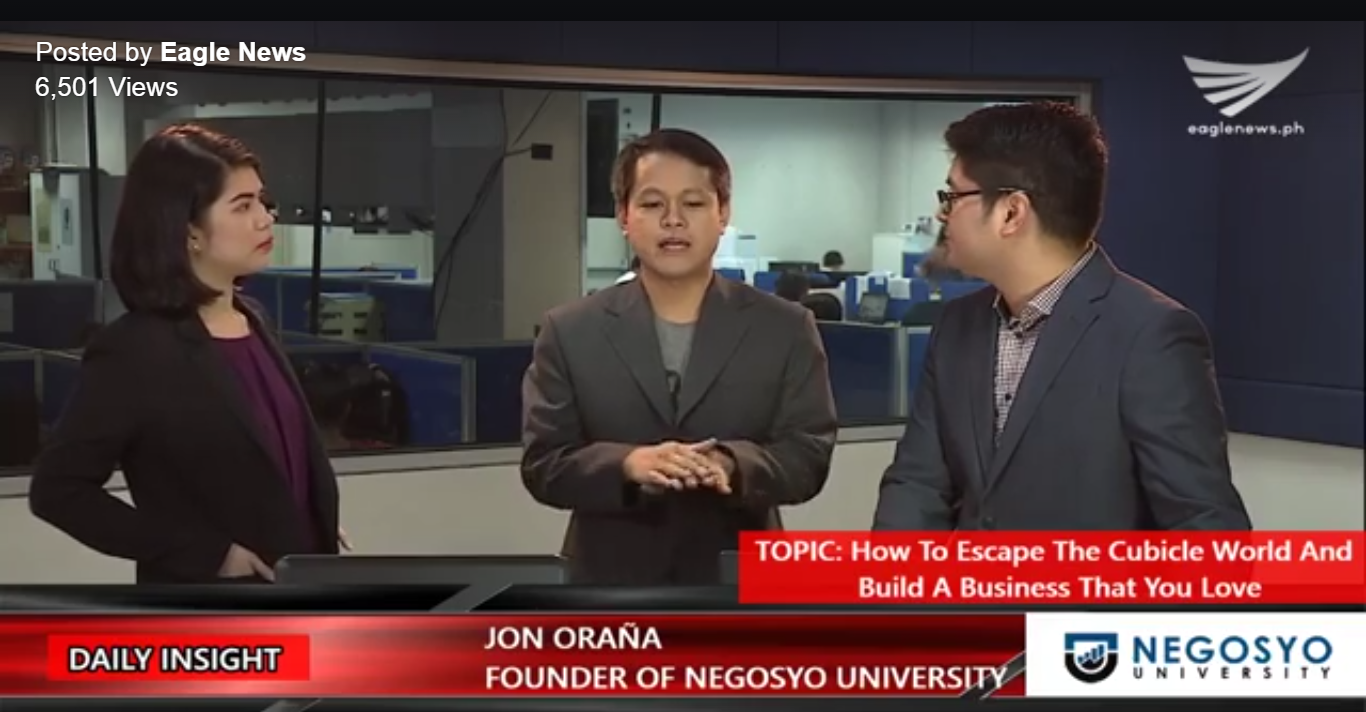 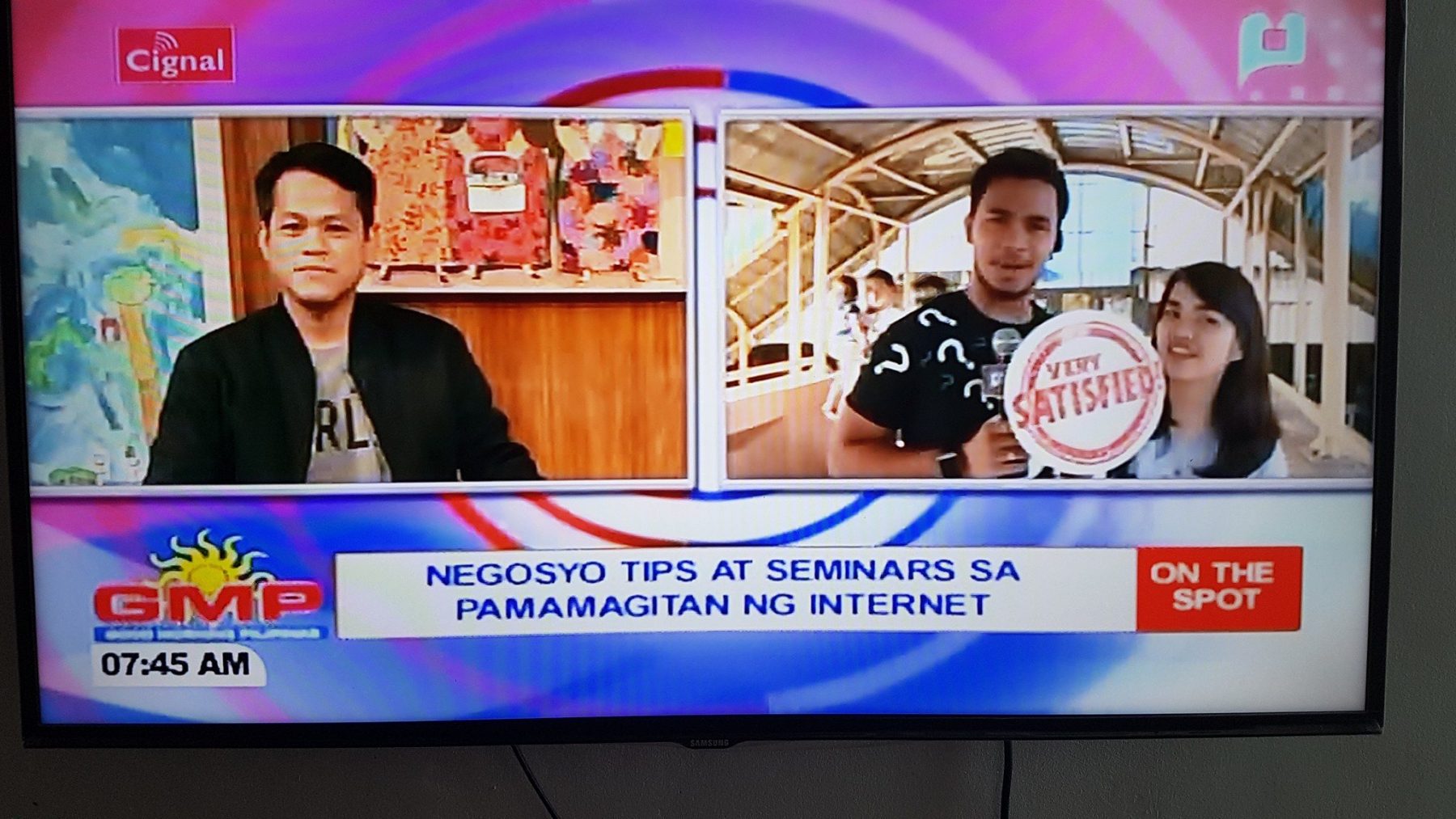 Fortunately, I was given a chance to Interview Him one-one-one In one of my Programs. 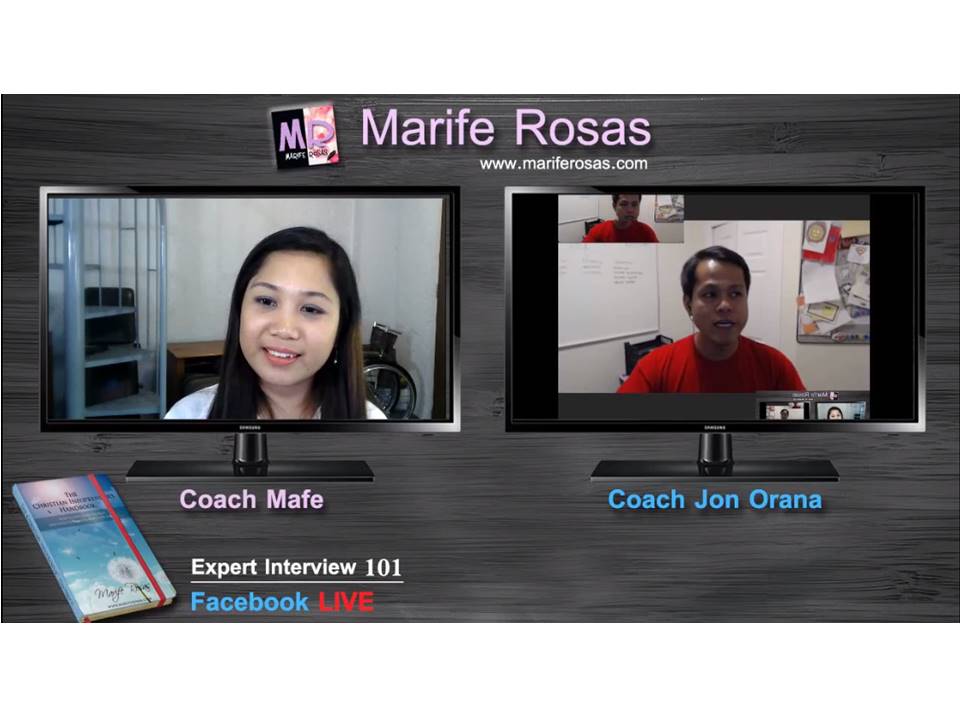 I suggest you enroll right away (See My Bonuses Below).

If You Enroll By Clicking On The Button Below, I’m Giving YOU My Personal BONUSES! 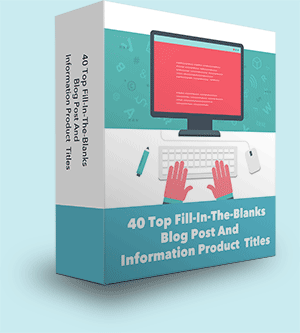 Find it hard to come up with good blog post titles and information products?Found yourself staring at that “Enter title here” box when working on your blog posts?Use this swipe file of 40 of my top titles so that you'll never run out of articles, blog posts, product ideas, video ideas, and more.It's your handy reference to coming up with amazing titles! 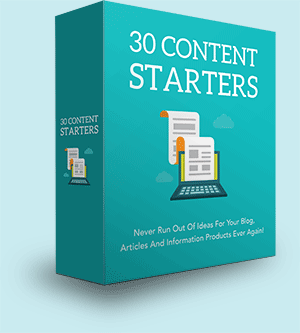 Coming up with content for your blog or even information products is sometimes or if not the reason why you’re not moving your blog forward.Use these "content starters" to create your next piece of article, product, video, blog post and more!If you’re like me, writing isn’t exactly my forte.More specifically, writing email newsletters to subscribers that convert them into customers can be even harder.You have to think about what subject line to use.You have to write a captivating email opener.You have to write in a way that will make your subscribers take action. 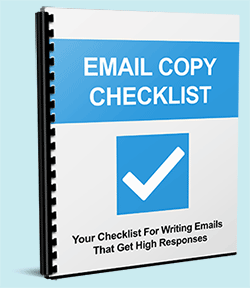 I’ve been able to write emails quickly and easily based on this Checklist I developed so that I can stop worrying and instead take action.It's now yours!

Staring at a blank canvas or document is painful. You don’t know where to start and what to even write about.At the same time, you don’t want your list to die out because of sporadic emailing. It’s important to build that trust with your subscribers.To help you save time and pain, I’ve prepared 10 high-converting emails you can simply swipe and fill-in-the-blanks.

Each email is for a different purpose and aims to provide an all-in-one solution for your email marketing needs:

"Welcome" template: Load this as the first message that goes out to your subscribers.

The "How To" template: How to's work like magic. Use this template to provide the steps to achieve something.

The "Feedback" template: Use this email to gather feedback from your subscribers about their problems/concerns related to your niche/industry.

"Connect With Me" template: Use this email to let your subscribers know where to find you on social sites.

The "Mistakes Made" template: This type of email works great. It helps your subscriber learn what to avoid.

List 3 mistakes you made when you started out doing what you're doing.

The "Top Posts" template: Use this email to feature your most popular blog posts or articles.

"Proven Ways & Tips" template: Use this template to provide quick tips your subscribers can use.

The " Product Review" template: Use this email to give your honest review of a product or service.

"Subscriber Appreciation" template: Reward your loyal subscribers with a special offer. In this template, it's a discount. Insert your special offer.

"Subscriber Only Special" template: Have a special offer? Time restricted offer? Use this template to get right to the point for your subscribers to take action on. 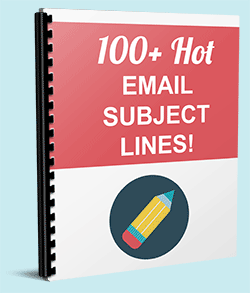 10 EXCLUSIVE modules that will increase your profits, build your list of subscribers and authority in the marketplace.Discover Top Email ﻿﻿Marketing ﻿﻿and Email Copy Secrets to Sky-rocket your response rates!

Below are the some topics:

Video #1: When Is The Best Time To Send Out Your Email?

Video #2: Should You Use Double Opt-in Or Single Opt-in?

Video #3: How I Write Copy For Any Product In Just 5 Miinutes!

Video #4: Email Frequency - How Often Should You Email Your List?

Video #5: Should Your Ask For Your Subscribers First Name When They Opt-In

Video #6: How To Track Your Click-Through And Open Rate

Video #7: How To Tell A Story In Your Emails

Video #9: Should You Use Plain Text Or HTML Emails?

Video #10: How To Write A Call-To-Action In Your Email

How Much For All This?

Truth be told, everything you're getting listed on this page (My Personal Bonuses Alone) would be valued at over Php 80,869.It's no exaggeration.

I want to give you FULL ACCESS, because I just want to help you out, To really "Move Forward" as an Infopreneur.

Remember, I am ​one of his students, I know the struggles of one student who want to enter a coaching business.

My Personal Bonuses Above are HUGE Compliment after enrolling ​in any of Coach Jon Orana's program.

This is a huge addition to your Mindset portfolio as an Online Infopreneur, and it will help you to be ahead of the class🙂

How Do You Get Your Bonuses When You Join ​Medyo Sikat?

Since you will be receiving very expensive bonuses, there are several steps I need you to take before you get your bonuses.

Step1: Before you click the button below, make sure you CLEAR your browser's history & cookies to do that you need to press (CTRL-SHIFT-DELETE on Windows) or use a different browser to make sure that you are buying from this button ONLY and to ensure you'll get my bonuses.

​Other Option: In your Google Chrome, you can use your incognito window to enroll.

Step 2: Paste this link in your incognito window or in your browser with cleared cookies : ​​http://bit.ly/2O0HvdB

Step 3: Screenshot your transaction proof that you'll receive through your email and send to jon@negosyouniversity​.com and cc to support@christianinfopreneursacademy.com

Step 4:  After the 4-weeks training webinars, I will verify if you've done the process correctly. You will be given a link to register and you will be given instructions on how to access your exclusive bonuses.

Step1: Before you click the button below, make sure you CLEAR your browser's history & cookies to do that you need to press (CTRL-SHIFT-DELETE on Windows) or use a different browser to make sure that you are buying from this button ONLY and to ensure you'll get my bonuses.

​Other Option: In your Google Chrome, you can use your incognito window to enroll.

Step 2: Paste this link in your incognito window or in your browser with cleared cookies : ​​http://bit.ly/2O0HvdB

Step 3: In your BDO deposit Slip make sure you write YOUR Name AND “Referred By Marife Rosas” to specify that I referred you.

Step 5:  After the 2-week training webinars, I will verify if you've done the process correctly. You will be given a link to register and you will be given instructions on how to access your exclusive bonuses. 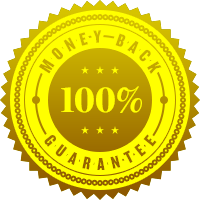 My 100% Rock-Solid Money Back Guarantee To You

Honestly, if you're not fully delighted and thrilled with the package, simply request a full refund within the first week of Webinar of your purchase.

Just send a Message to Coach Jon Orana and you'll get your 100% refund.

That's how absolutely certain I am that you will find tremendous value from this package.No questions asked. No hard feelings.

You really have nothing to lose.Take advantage of this special offer right now.You'll get instant access to all 10 video tutorials, 10 high-converting email templates, 30 content starters and much, much more! 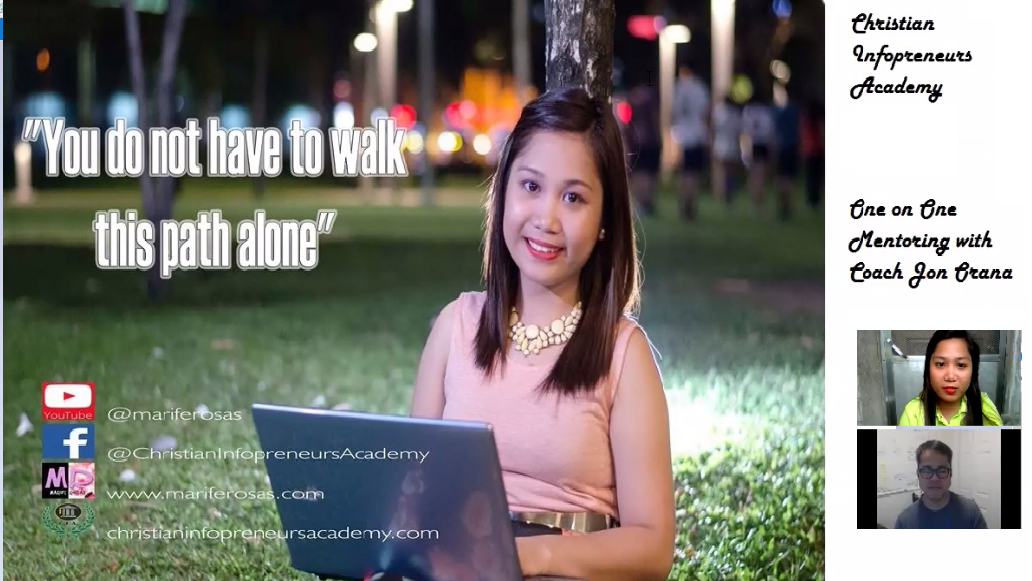 Hi, my name is Marife Rosas and I’m a Filipino Infopreneur (Online Entrepeneur), Author, Financial literacy advocate and the founder of Christian Infopreneurs Academy, whose desire is to help all Aspiring Christian Infopreneur to move forward in their journey for the sole purpose of Glorifying God through their lives.

Let’s Talk About You

Tell what you can do for your visitor and how your service can help.

1 Characteristic of Entrepreneur That Makes Difference

1 Characteristic of Entrepreneur That Makes Difference

Get this Free E-Book

Use this bottom section to nudge your visitors.